MFA Graduate in Writing for the Screen and Stage 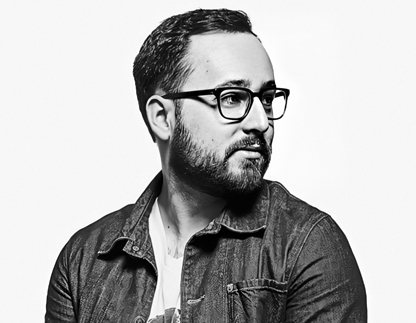 Will Arbery is a playwright who received his MFA from the Writing for the Screen and Stage program in the School of Communication. His play Heroes of the Fourth Turning was named one of the best plays of 2019 by The New York Times. Will is a winner of the 2020 Whiting Award for Drama and was one of two finalists for the 2020 Pulitzer Prize in Drama. He is currently the Tow Foundation Playwright-in-Residence at Playwrights Horizons in New York City.

I'm a playwright, screenwriter, and TV writer. My play Heroes Of The Fourth Turning premiered at Playwrights Horizons in NYC last year. Other plays include Plano, Evanston Salt Costs Climbing, and Wheelchair. I'm also in development on two projects for TV and one feature film. I recently consulted on Succession on HBO.

I grew up the only boy among seven sisters, so I had a lot of voices rattling around in my head. I had a natural propensity for writing and performing, so playwriting was the perfect fit.

A lot of my mistakes have been financial. It's so risky to be an artist, and sudden financial windfalls can come with unexpected tax consequences. I was bad at budgeting and found myself in crisis more times than I can count. I was afraid to ask for help, and I wish I hadn't been.

I admire playwrights Mia Chung, Aleshea Harris, Korde Arrington Tuttle as well as theater collectives like Back to Back. I also admire filmmakers like Joanna Hogg, Lucrecia Martel, and Werner Herzog. I look up to artists who are relentlessly themselves.

My play Heroes Of The Fourth Turning is about conservatives. It sparked a conversation, not only in the theater sphere but in political publications and podcasts as well. My greatest hope for my work is that it challenges, starts conversations, and lets audiences and readers meet in that in-between space of love, terror, and beauty.

I was excited about the faculty, the equal attention to film, theater, and TV, and the chance to get away from NYC to spend a few years in a cozy college town while having access to the thriving theater scene in Chicago.

In these quarantine days, I unwind with some tea and a film on the Criterion Channel. I recommend La Cienaga by Lucrecia Martel and Memories Of Underdevelopment by Tomas Gutierrez Alea. I'm trying to leave my laptop and phone in the living room before I go to bed so that I fall asleep with a book.

Right now, Hard Damage by Aria Aber. In the Dream House by Carmen Maria Machado. Flights by Olga Tokarczuk. Plays by Maria Irene Fornes. I'm also working through some texts about American conservatism, but that's for work; I don't keep them by the bedside.

I've wanted to be a filmmaker since I was a kid, and I'm still planning on it!

Writing for performance, whether on stage or screen, is a collaborative art form. Cultivate strong artistic connections. Advocate for people. Don't be an island.

I just won a Whiting Award in Drama, which was an odd thing to celebrate in the middle of a global pandemic. I'm working on a play, Corsicana, which features a performer with Down syndrome. It's inspired by my sister Julia. I've always wanted to work on a project like this, and I'm collaborating with one of my favorite directors, Sam Gold.