PhD Candidate in the Department of Computer Science 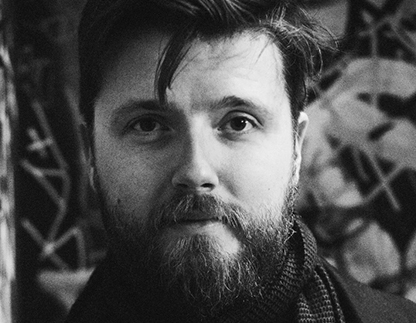 Andrew Paley is a PhD candidate in the Department of Computer Science in the McCormick School of Engineering. His work concerns the exploration of the future of user-centered design and human-information interfaces given the tools and challenges afforded by artificial intelligence (AI).

My work attempts to explore the questions, “How does our relationship with machines change as they evolve from data repositories to intelligent collaborators and assistants? What are the new opportunities and the new challenges when we move from looking at a screen to looking through a window? How can we leverage this new toolkit to empower humans with new types of access to information and possibility? And how do we do so in a way that's fair, transparent, and accessible?”

More concretely, that includes work on systems that can: write—not just mimic language convincingly but convey real information based on an idea of what’s true, who the audience is, and what’s worth saying; converse and answer questions across a variety of domains, and can support the human-driven exploration of data in ways that only the most technical amongst us could before; build an understanding of individuals across a series of interactions and leverage that knowledge for smoother interactions; and explain themselves on human terms.

Sometimes, I dabble in generative art—creative machines, often in collaborative contexts—which I see as an extension of reimagining the human-machine relationship, but it's not core to my day-to-day research so much as a string of exploratory side projects.

I taught myself to code in middle school and was taking on contract work for web development jobs by sometime in high school, but I didn’t go to undergrad in computer science. I wanted to write code, but I wanted to do so in a domain where I could have a direct impact. I chose journalism, as I consider it the art of the first draft of history—the bleeding edge of our collective understanding of the world around us. And I got two degrees in it, too—including an MSJ from Medill—though I worked at startups as a designer and software engineer throughout.

As I wrapped up my year at Medill, I had already accepted a job at a startup in New York City and was working remotely for them in between coursework. I was a few weeks away from leaving Chicago when Kristian Hammond, a professor I’d had in a hybrid journalism/CS class, reached out to me and asked what my plans were after graduation. I filled him in and he further asked if I’d be up for a conversation— he’d just co-founded a company called Narrative Science and he wanted me to swing by and meet the tiny team they’d assembled a few months prior. That one visit changed my entire life trajectory — the following week I rescinded my acceptance of my other job, canceled my already-signed lease in New York, and accepted the job at Narrative Science, where I started as a software engineer and eventually founded, built, and led the design team for many years. It was exactly what I’d been looking for, and—nearing a decade later—I’m back at NU working on my PhD, now with Kristian Hammond as my adviser.

I’d like to see a future in which AI empowers and informs, and I’m excited about the possibility of democratizing access to information at scale and across domains. There are plenty of challenges to explore—issues of data consistency, algorithmic transparency, reinventions of human-centered design, new forms of collaboration—but they’re all exciting ones.

I’m also a designer by both nature and profession—I like solving real problems for real people in the real world, and I see enormous opportunity with this new toolkit afforded us by the last few decades of research.

It’s also an opportunity to push the research itself forward. After all, designing with machine intelligence isn’t just about the golden path or getting the right model output—it’s also about transparency, fairness, explanations, collaborations, knowledge of gaps, and an understanding of the human in the interaction. If all data was pristine and complete and all models guaranteed to be accurate, this pursuit would be easier (but not much). The challenge is in scaling intelligence across the imperfections and inconsistencies of the real world, and then making those machine representations accessible, meaningful, and trustworthy to humans again. But, then, that’s what intelligence is, isn’t it—the ability to detect novelty, adapt on the fly, and communicate and collaborate with your counterparts.

The first one that comes to mind is Alan Kay, who is a pioneer of too many things to enumerate in full, including graphical user interfaces, object-oriented programming, and even models of laptop and tablet computing. That man has the dual gift of being able to imagine new approaches just at the edge of the possible—not farfetched sci-fi, but the fictions that are on the verge of being made real that no one can see or articulate—and explain or demonstrate those (and other) complex ideas in succinct, simple, and meaningful ways. Kay also frames computation as a means to empower and educate, which I appreciate.

My research and the domains I’m most interested in applying it to land somewhere near the intersection of human-machine collaboration, design, various forms of artificial intelligence, explainable AI, journalism, and public data. That’s not even a big tent so much as a series of them, but, in the long view, I’d simply like to make it easier, more meaningful, and more empowering for people to work with their nascent machine counterparts. Historically, UX designers worked to help people think on machine terms—spreadsheets, databases, rigid form flows—and this new toolkit enables all sorts of sensing, interpreting, and generation that can shift that paradigm back towards human terms.

Also, along the way, I intend to push a bit on the way we think about open data, transparency, and information access in our democratic society.

I originally came to Northwestern first for an MSJ at Medill. I received a Knight scholarship based on my background in design and development. The goal of the grant was to infuse the journalism program with students who had software engineering in their back pocket—who could join the conversation about the future of journalism with a different sort of relationship to the tools now available to creators and disseminators of information. The fact that Northwestern was fostering such a program was a sign of a broader belief in the importance of bringing computational thinking to a wide array of disciplines—and that belief resonates with me. I see it now in initiatives like CS+X and AI@NU, and I’m excited to be at a university that understands the importance of building bridges between silos.

I have a second life in music, so I usually unwind by winding up into that. At present, I’m recording two albums (one of my own work, one with my band) and working on a handful of collaborations with other artists, too. Once we’ve put this pandemic behind us, I’ll be looking forward to taking some time off from papers and code and traveling a bit to play some shows.

I’d tell my younger self to beware the certain. It’s a small death—it closes the doors ahead of you. At its worst, it pollutes discourse, derails exploration, and kills innovation.

And maybe I’d say it’s better to be overwhelmed than bored, but it’s best to be effective.

Within the scope of my core research, one of the projects I’m working on is a platform called Satyrn. At a high level, Satyrn allows non-technical users to explore and run data analysis on complex datasets without ever touching—or even understanding—code. Instead, users set filters and leverage natural language statements to drive analysis, getting results in a variety of formats (from sentences to various types of visualization). Satyrn is in active development, but it has the potential to make accessible and useful to the public vast repositories of information that to date have been locked up in formats only familiar to engineers and data scientists.

And though it’s early, bringing what we’re up to out to the world has gone well so far. My collaborators and I wrote a paper on an early instance of Satyrn called SCALES—an application aimed at bringing Satyrn’s capabilities to data in the realm of the U.S. federal court system—and it got accepted to the 18th International Conference on AI and Law where I gave a talk this past June. Also at the conference, that paper, “From Data to Information: Automating Data Science to Explore the U.S. Court System,” received the Peter Jackson Award for Best Innovative Application Paper.