Postdoctoral Trainee in the Department of Chemistry 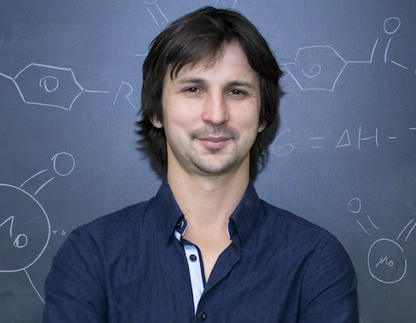 Yosi Kratish is a postdoctoral trainee in the Department of Chemistry and a member of the Tobin Marks Group. Previously, he earned a PhD in chemistry and an MS in chemistry from the Technion - Israel Institute of Technology in Haifa, Israel. Yosi recently was awarded the 2020-21 McBride Postdoctoral Trainee Award for going above and beyond in any or all of the areas of diversity, service, and engagement.

The rapid increase over the last two decades in plastic-based materials production has resulted in unimaginable amounts of waste plastic accumulation and severe worldwide environmental consequences. To solve these issues, a circular economy in which waste plastics are recycled and repurposed is needed. Currently, we have thermomechanical recycling in which sorted plastic waste is remelted and reprocessed. This process's major drawback is that the recycled material suffers from inferior optical, thermal, and mechanical properties limiting its future use. My research focuses on the chemical recycling approach in which one or more component monomers are recovered from waste plastics. The attraction here is that valuable monomers can be repurposed for known or new materials having identical or higher performance.

The moment I was able to convert my used plastic bottle into pure, crystalline powder of terephthalic acid, the building block of the polyethylene terephthalate (PET).

My work's most significant impact would be reducing the amount of waste plastic globally and repurposing it into valuable and useful materials.

The happiest moment of my day is when I go home, and my daughter runs towards me and hugs me. I dedicate the rest of the evening to fun and games.

My father, Sasha, is one of the most prestigious coaches of Judo (a Japanese martial art) in Israel. Growing up, I dreamed of competing in the Olympics, and I was a member of the national team for years. Eventually, I chose an academic career and simultaneously continued coaching children for more than a decade. Luckily, I was able to see my sister, Ilana, compete in the Rio 2016 Olympic Games and live out my dream through her.

Expect the unexpected. When you approach a new project, be ready for surprises and know that, in many cases, a surprising result can be more interesting than the original goal.

During my PhD, we observed a new oxidation state of platinum, one of the most popular metals used in catalysis, for the first time. However, we faced some harsh critics when we tried to publish it in a high-profile journal and got rejected. We continued working on the project, improved our data, and submitted it to the same journal for the second time—and got rejected a second time. We did not give up, and, after further research that improved our claims, the manuscript was finally accepted and chosen as a very important paper (VIP) in the journal.